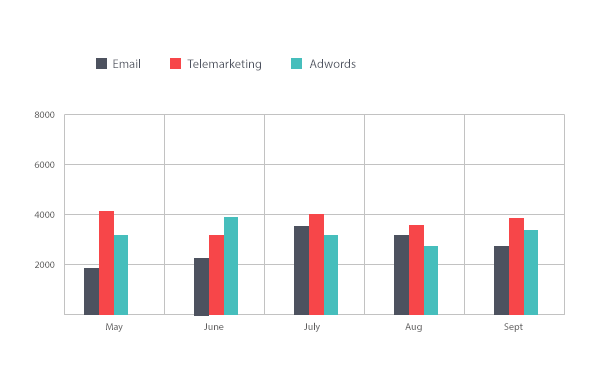 Bar graphs are used to present and compare data. There are two main types of bar graphs: horizontal and vertical. They are easy to understand, because they consist of rectangular bars that differ in height or length according to their value or frequency. These types of graphs serve the same purpose as line graphs: they represent time series data. However, bar graphs display a change in magnitude, and not in direction like line graphs.